If you ever need any downtime away from the stresses of real life…here’s your solution! 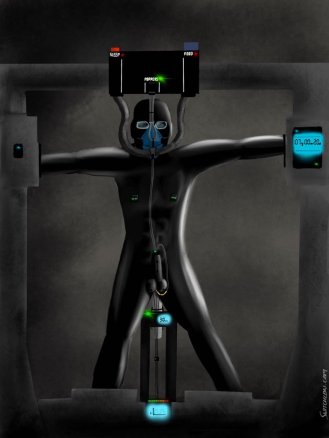 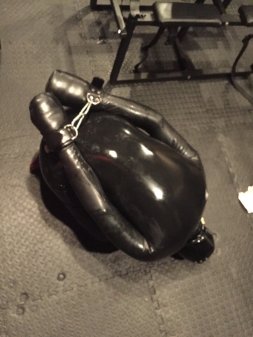 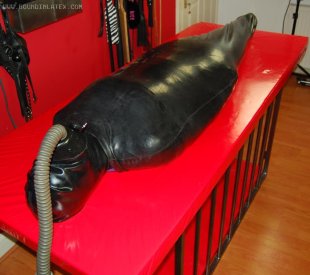 Lots of people have asked for this so here it is. This is the brainwashing video that was used in ‘Rubber Convert – A Bondage Movie’.
You can watch the full movie at vimeo.com/233078897
Big thanks must go to all the rubber objects out there whose images appear in this video.
We take no responsibility for any feelings of desire for rubber or bondage which come from watching this video 😉

'You Are A Rubber Object' – Brainwashing Video from Heavy Bondage on Vimeo. 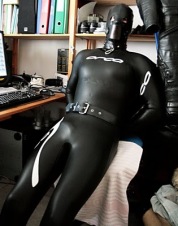 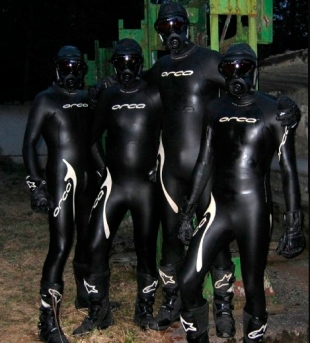 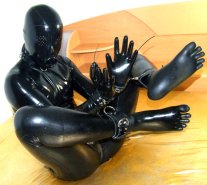 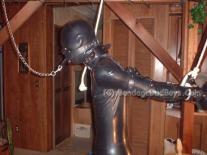 Rubbered up and restrained…the perfect combination! 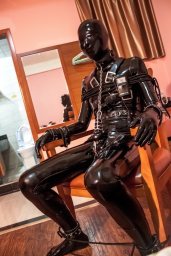 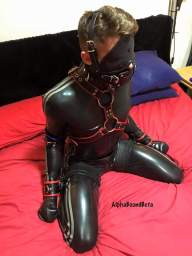 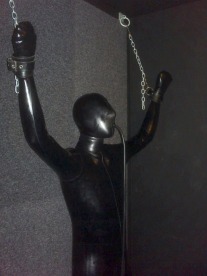 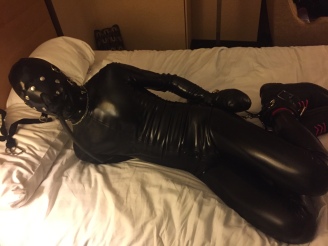 This story is taken from the website which was run by the late, great Ropejock…

As consciousness returned, I remembered what had happened and tried to sit up – I couldn’t. I found I could barely move a muscle. My arms were tied tightly behind me; I felt something tied tight around my ankles, my knees and even my thighs. My wrists were secured and my elbows were pulled painfully tight together in the small of my back. My head was enclosed in something, the smell was familiar, but I couldn’t place it. My mouth felt stuffed full of something soft, springy but tough and I could barely swallow. The contraption blindfolded me – it must have been a hood of some sort over my head.

As I grew more aware, I felt the strain of the bonds around my body, everything was painfully tight and my muscles ached from the strain of the unusual position my limbs were forced to adopt. I was lying on my side and couldn’t straighten my legs without pulling on my arms. I was hog-tied, I’d seen it before but I’d never thought that it could be this painful. My skin felt strange, I couldn’t work it out but I knew that every part of me was covered in some way. I must have the uniform on, but I knew how that felt and this didn’t feel the same, besides, I knew that the motorcycle boots were not on my feet – that much was clear.

I couldn’t help but try to relieve the strain on my limbs, I moved as best I could but could do nothing to relieve the pain. I realized that my arms were secured to my body and that bonds were secured around my chest and torso in some criss-cross fashion. I could feel them biting into my flesh and restricting all movement. I tried in vain to speak but couldn’t make myself understood, I heard gurgling and rasping and realized that it was me. Saliva was running from the side of my mouth and pooling at the side of my face and chin, held in place by the hood that was so tightly wrapped around my head. There was no light to relieve the darkness in which I was held. I didn’t know if it was day or night.

My body cried in pain. My 6’4″, muscular frame was not built for this type of punishment, and I could do nothing but try to move a little. My efforts paid off and I suddenly rolled onto my chest, pulling my legs up behind me still attached to my wrists as they were. As I settled into this new position, the pain eased slightly and I felt my cock and balls crushed under me, pinned between my body and the surface on which I lay. I sucked on the gag in my mouth as a sharp pain crashed through my body. I’d never been so aware of my equipment in this way, I wondered what those bastards had done to me.

END_OF_DOCUMENT_TOKEN_TO_BE_REPLACED 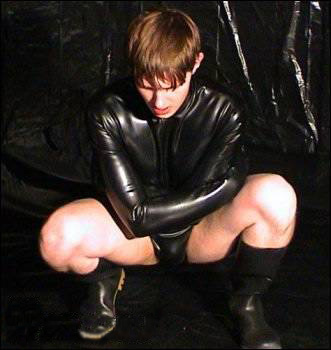 My fascination with straight jackets stemmed right back to my childhood. Ever since I had stood, at the age of eleven, watching an escape artist in my local town square being strapped into one, I had found it impossible not to get excited when the word ‘straight jacket’ was mentioned.
The way the jacket trapped the artist, and all those buckles up the back. I was transfixed. Every now and again, the excitement would return as I caught glimpses of escape artists on TV, and reached a high when the film of Houdini was screened on TV. I researched as much as I could, reading about the use of straight jackets to secure ‘mentally disturbed’ and the life of Houdini himself. I longed to have the life of an escape artist, being strapped into the jacket day in day out. I even considered trying to convince my family that I was mad, so that I could be locked up in a padded room wearing my very own jacket twenty-four hours a day.
It was a dream, but nothing more than that. I never told anybody about my fascination. I didn’t think that anybody would understand. I just passed it off as one of those things in life that I would grow out of. I just got on with my life. I still collected as much information as I could, and even found myself collecting pictures of my other fascination, namely motorcycle clothing. This also gave me a great deal of satisfaction. Pictures of leather clad people, shiny wet weather wear all went in my scrapbook. I never tired of looking at them, and they always gave me a hard on every time I looked at them. Can’t explain why, but they just did.
END_OF_DOCUMENT_TOKEN_TO_BE_REPLACED