This will be the last part on this story for a while. Check out the ratings on recent parts to see why. Thanks, everyone, for all the kind comments. Here we go… 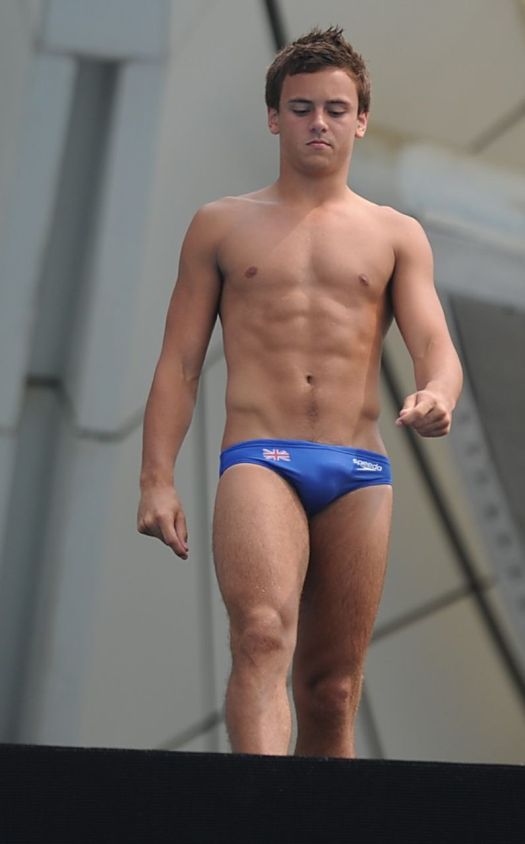 Tom briefly considered what to do. Pills? Should he be suspicious? There was certainly no need for him to be drugged. He’d already been captured. He was already chained up in a bank vault. What else would they give him drugs for?

He nodded his rubber hooded head. He felt the pills being slipped into his mouth. There were three. The cup was again placed to his lips. He drank the water and swallowed the pills.

‘Good boy, Tom. Now, let’s see about your hood. When it comes off, keep looking forward. Do you understand my instructions, Tom? Nod your head.’

Tom nodded. He immediately felt the padlock at the rear of the hood being unlocked. The zip was pulled up. The hood went slack on his head. The tight black rubber was pulled up and away from his head. The sensation of the cool air on his sweaty face was glorious. Sweat dripped down his neck. He immediately closed his eyes. His eyes had grown accustomed to the blackness and now had problems adjusting to the light.

Tom slowly opened his eyes. They slowly adjusted to the light. He was standing in the middle of a reasonable sized metal room. In front of him was the vault door. It was part open. It looked to be around ten centimetres thick. The room was lit with strip lights on the metal ceiling.

‘Tom, you may look around, but do not turn your head around towards me.’

He looked to his left. Hanging from the wall was a variety of different restraints: shackles, chains, hoods, handcuffs, ropes, gags, blindfolds and devices which Tom didn’t recognise.

He looked to his right and saw two cages. A narrow, tall standing cage and the one in which he’d arrived. It looked as small as it had felt whilst he’d been its occupant.

He looked further to his left and right and saw his wrist chains stretched out towards large metal eyeholes which were bolted solidly to the metal walls. He gave them an experimental tug but the result was inevitable. He heard a chuckle through his earpieces.

Then Tom noticed the cameras. There was a camera mounted in each of the ceiling corners of the room in front of him. He guessed there would be more behind. There were also several others in different places, some at eye level, some at waist level, some on the floor. All were pointed at his restrained body. It was like being in some weird perverted version of the Big Brother house. He’d been asked to go on that show once. He’d said no.

‘Well, Tom. I hope you like your new home. It has a few basic amenities behind you but we’ll discuss them another time because as I said earlier. Your chains aren’t coming off tonight. Take a look down at your speedo, Tom.’

Despite the fact he wore a thick heavy metal collar, he was able to glance down his body and take a look at his rubber speedo. The bulge created by his cock ringed dick and balls was enormous. The ache in his balls continued and he could feel the grip of the small ring placed around the base of his cock. He felt a stirring and a twitching in his dick. Christ, almighty. Not now.

‘Tom, look directly forward. I’m now going to reach in front of your face and show you what is now going to be placed over your head. Nod your head if you understand.’

‘Believe you me, Tom, when I say this is a much more comfortable option than the rubber hood and ballgag. Nod if you agree, Tom.’

Tom trembled with frustration and rage.

The voice had an edge to it. Tom nodded briefly and quickly.

‘Good boy, Tom. The mask has an internal gag. It will go into your mouth when the mask is placed on your face. The gag has a tube down the centre to allow air to pass directly through it and into your mouth.’

Tom looked inside the mouth piece of the mask. There was a short black rubber cylinder connected to the front of the mask. On the end of the cylinder was another ball. Unlike the ballgag, this ball had an opening to allow air to pass through. Tom panicked.

‘NO!’ yelled Tom. He turned his head from side to side as much as his metal collar would allow.

Tom felt a blow to his balls. He yelled out in pain. The gas mask was immediately placed over his face. The black rubber ball went straight into his mouth. Once again, he was in darkness…and ballgagged. He felt the straps being pulled painfully tight round the back of his head and neck.

The ball was directly in his mouth. It wasn’t quite as big as his previous ballgag. He was actually able to close his lips around the black rubber cylinder which held it in place.

Tom felt another blow to his balls. He saw stars. He breathed in desperately…and nothing came. There was no air in the mask. He sucked at the ball, hoping air would arrive. Nothing happened. He panicked again – yelling out desperately for any kind of help. He thrashed his head around. He strained against his chain bondage.

Tom’s masked head was gripped firmly. He felt something being unscrewed over the mouth piece. He sucked on the ball and air arrived. He sucked in as much as possible. Air filled the mask. Tom relaxed, just a little.

‘You see, Tom, we now have direct control over your breathing as well as your body. This is all part of your punishment. And very soon we should see something else happen as well. Let me just help things along a little.’

Tom felt a hand gently squeeze his now painfully aching balls. The hand started to stroke his balls. He then felt a fingertip gently stroke along the length of his rubber covered cock. It lingered for a few seconds on his cock head and then Tom felt fingers slowly move up and down the shaft of his dick. Tom’s dick began to harden. There was nothing he could do to stop it. The fingers moved faster and faster. His dick grew bigger and harder. But as it grew bigger it also became more and more painful.

The cock ring which had been placed over the base of his cock was now digging into the hard flesh of his growing dick. And the more aroused Tom became the small metal ring dug into his dick. It was agony. His balls now felt like they were on fire and the black latex speedo seemed to become tighter and tighter ever second.

‘Oh, shut up, Tom. I’m going now. But before I leave you, there’s one more thing you need to know. One of those little pills I slipped you, it was Cialis. In case you don’t know, Cialis is like Viagra. It makes you very hard as you’re finding out right now. But there’s one important difference. Viagra remains in your blood for three, maybe four hours. Cialis can stay with you for up to 24 hours. You’re going to get very, very hard, Tom…and that little cock ring I placed over your boy dick. It’s going to really, really hurt. And it’s going to last all night long. THIS is your punishment. Have a good night, speedo boy!’

There was a click inside Tom’s ears and the voice stopped. He felt a rush of cold air on his body. He guessed the vault door had just been slammed shut.

Suddenly, there was an explosion in his ears. White noise. Too loud. Like a badly tuned TV at full volume. Relentless. Never ending. Playing directly into his brain.

His dick felt enormous. It strained against the skintight rubber of his black speedo. The pain was incredible. His cock and balls felt like they were on fire. The metal ring around his dick felt like it was literally cutting into his engorged penis flesh.

Tom became acutely aware of all of his restraints. The chains held his body in its un-natural X shape and made his shoulders and his thighs burn. The manacles dug painfully into his wrists and ankles as he desperately attempted to create a slight easing in the tension on his body.

And he had to really concentrate on his breathing. He had to suck through the ballgag to bring in the air his body so desperately needed.

And the white noise kept playing through his ear pieces. Sonic torture.